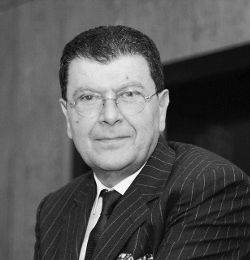 In 2010, Mr Anbar was a co-founder and the Executive Vice President of the European initiative “MEDGRID SAS”, which was a consortium of energy sector companies and institutes. Its purpose was to promote and explore the potential of electrical interconnections between the countries of the  Mediterranean basin.

GreenPower2020 SA is the promoter of LEG1 (Libya-Egypt-Greece) an electrical interconnector made of an HVDC  Submarine link of 2.000 MW capacity from Greece to Libya, and a HVAC aerial link of 1,000 MW between Libya and Egypt. The project will allow to connect both sides of the Mediterranean Sea, and will help reaching EU Green Deal 2030 objectives as well as electrical and industrial development needs in Libya.
LEG1 is currently referenced under the number n°284 on the European Commission’s list of projects TYNDP2018.

HOME | WHO WE ARE | PROJECT DESCRIPTION | DOWNLOADS AND LINKS | CONTACTS